In the heartwarming live action adventure Disney’s “Christopher Robin,” the young boy who embarked on countless adventures in the Hundred Acre Wood with his band of spirited and lovable stuffed animals, has grown up and lost his way. Now it is up to his childhood friends to venture into our world and help Christopher Robin remember the loving and playful boy who is still inside.

Now grown up, Christopher Robin is stuck in a job where he is overworked, underpaid and facing an uncertain future. He has a family of his own, but his work has become his life, leaving little time for his wife and daughter. Christopher has all but forgotten his idyllic childhood spent with a simple-minded, honey-loving stuffed bear and his friends. But when he is reunited with Winnie the Pooh, now tattered and soiled from years of hugs and play, their friendship is rekindled, reminding Christopher of the endless days of childlike wonder and make believe that defined his youth, when doing nothing was considered the very best something. Following an unfortunate mishap with Christopher Robin’s briefcase, Pooh and the rest of the gang including Piglet, Eeyore and Tigger, step out of the forest and venture into London to return the crucial possessions…because best friends will always be there for you.

​TEEN TITANS GO! TO THE MOVIES 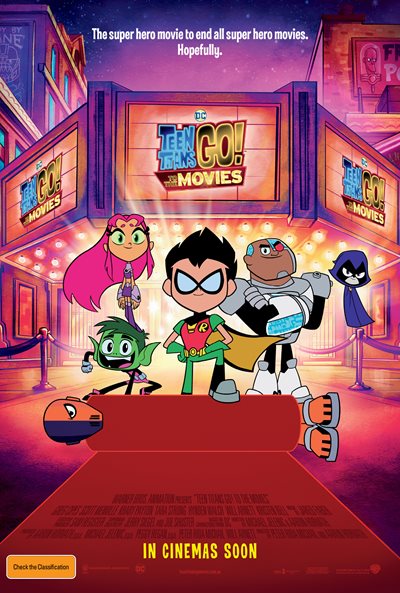 It seems to the Teens that all the major superheroes out there are starring in their own movies—everyone but the Teen Titans, that is!  But de facto leader Robin is determined to remedy the situation, and be seen as a star instead of a sidekick.  If only they could get the hottest Hollywood film director to notice them.  With a few madcap ideas and a song in their heart, the Teen Titans head to Tinsel Town, certain to pull off their dream.  But when the group is radically misdirected by a seriously Super-Villain and his maniacal plan to take over the Earth, things really go awry.  The team finds their friendship and their fighting spirit failing, putting the very fate of the Teen Titans themselves on the line!

An animated adventure for all ages, with original music and an all-star cast, “Smallfoot” turns the Bigfoot legend upside down when a bright young Yeti finds something he thought didn’t exist—a human.  News of this “Smallfoot” throws the simple Yeti community into an uproar over what else might be out there in the big world beyond their snowy village, in an all new story about friendship, courage and the joy of discovery.

THE HOUSE WITH A CLOCK IN ITS WALLS 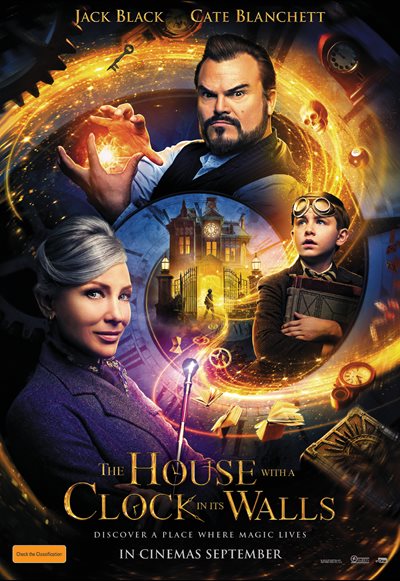 In the tradition of Amblin classics where fantastical events occur in the most unexpected places, Jack Black and Cate Blanchett star in The House with a Clock in Its Walls. A film for the whole family, this magical adventure tells the tale of 10-year-old Lewis, an orphan who is sent to live with his Uncle Jonathan in a creaky old house. But his new home is far from ordinary and soon reveals a secret world of warlocks and witches. The house is enchanted, and Lewis must join his uncle on a quest to discover the source of a mysterious ticking within its walls. 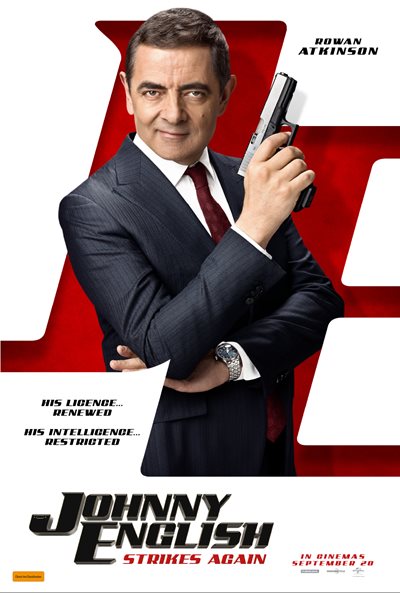 Johnny English Strikes Again is the third installment of the Johnny English comedy series, with Rowan Atkinson returning as the much loved accidental secret agent. The new adventure begins when a cyber-attack reveals the identity of all active undercover agents in Britain, leaving Johnny English as the secret service’s last hope. Called out of retirement, English dives head first into action with the mission to find the mastermind hacker. As a man with few skills and analogue methods, Johnny English must overcome the challenges of modern technology to make this mission a success.


Head to Reading Cinemas at Chirnside Park these School Holidays and enjoy these family friendly flicks!